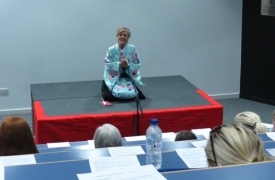 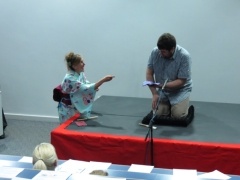 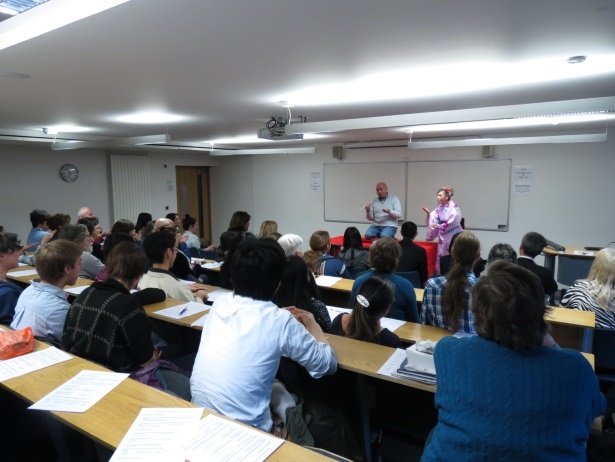 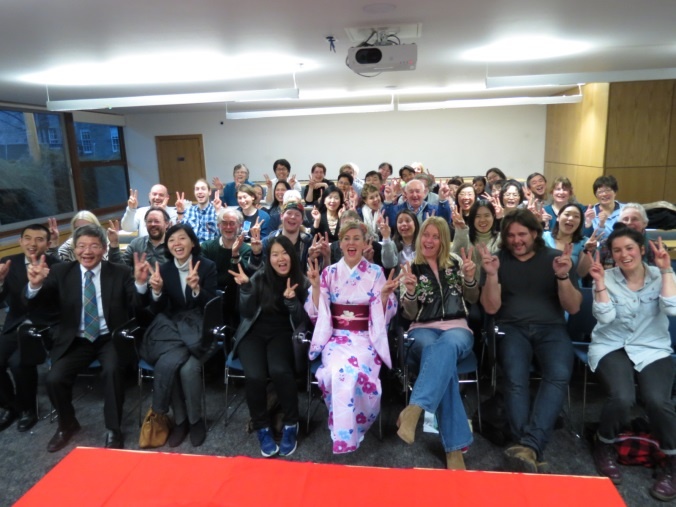 On 6th and 7th April, Diane Kichijitsu performed Rakugo (Japanese sit-down comedy) at Queen Margaret University (6th) and the University of Edinburgh(7th).
Diane is originally from Liverpool, but while working in London as a designer, she decided to travel around the world. When she visited Japan she discovered the art of Rakugo. She has performed Rakugo in as many as 60 countries!
On both days, the audience enjoyed her masterly storytelling and some even tried the Rakugo performance themselves. Relying on the imagination of the audience, Rakugo uses only a few props, but can evoke vivid scenes of lively characters.
After the Rakugo performance, Diane explained to the audience how she cheered up children and evacuees at evacuation centres after the Great East Japan earthquake. Finally, all audience learned the basic technique of “laughter yoga” from Diane, and came to understand the importance of laughter in their lives.