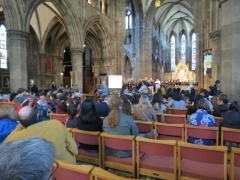 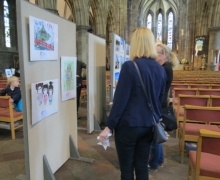 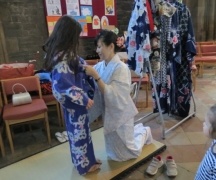 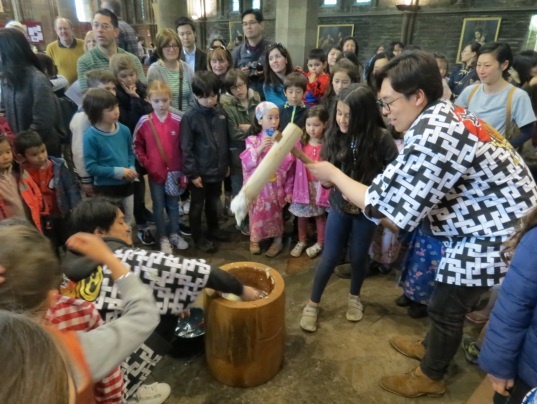 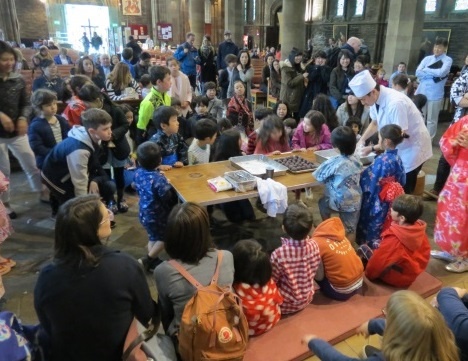 On Saturday 6th May, the Consulate General of Japan in Edinburgh held the Children’s Day event, at St Mary’s Cathedral. The event was associated with the Japanese national holiday (Children’s Day), and many children and their parents enjoyed various activities such as origami, calligraphy and Taiko (drumming). They also had the opportunity to try on traditional Japanese offered at the booths in the cathedral.
The event included the award ceremony, where winners of Children's painting and drawing Competition (a Japan-related competition for primary school pupils in Scotland), were awarded. Nearby 200 drawings were sent in and they were all really good.
Before the award ceremony, there were also some other stage performances including  Japanese songs sung by children from the Scotland Japanese School and a local chorus group, and demonstrations showing the process of making Japanese sweets using glutinous rice.
The event was a great success and this could be seen in the smiles of the children. Our thanks goes to the generous support from volunteers who made the event easy and a pleasure to hold.