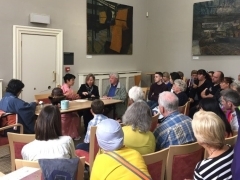 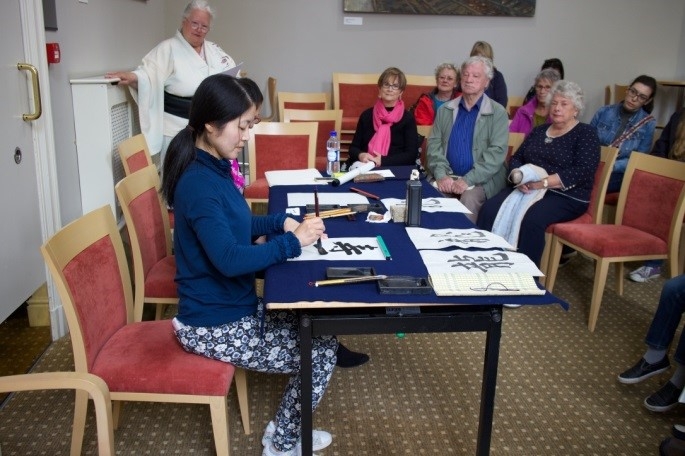 Local volunteers held an event introducing Japanese language and culture at the Tullie House Museum in Carlisle on July 2nd.
Visitors enjoyed learning to write out each character of their own names, as well as Japanese greetings, using a table of the Japanese hiragana (basic Japanese phonetic script)  to help them.
Guests were introduced to various aspects of Japanese culture, including calligraphy, tea ceremony, wearing yukata, and origami. A Japanese calligrapher explained the characters for “sushi” to the Japanese learners and demonstrated how to write it in hiragana (basic Japanese phonetic script) , kanji (the ideographic script that originates from Chinese ) and cursive style, with guests closely observing the brush movements. Tea ceremony etiquette was demonstrated by a volunteer who practises tea ceremony in Carlisle, who explained in detail about the correct order of the way of tea, in which slightly bitter tea is drunk after eating something sweet.
Trying on the yukata was a popular activity amongst the girls, and children and adults alike enjoyed making various animals and aeroplanes in the origami corner.
This was the first event of its kind carried out in Carlisle and it was a great success, with participants thoroughly enjoying their first experiences of Japanese language and culture. 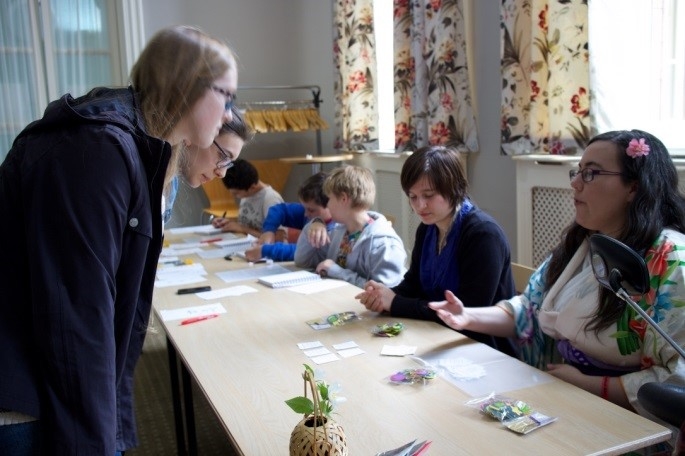 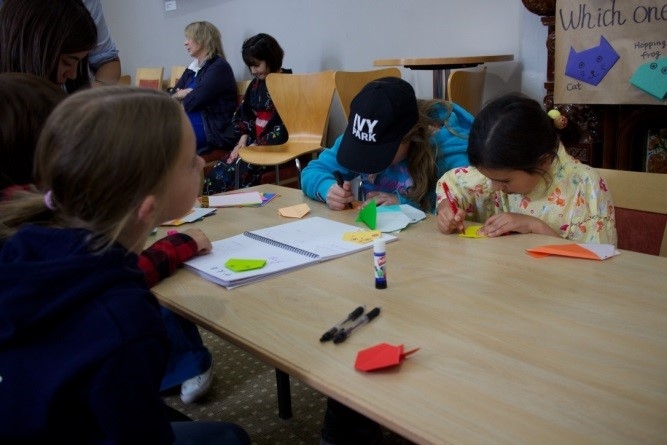