The 31st year of sending new JETs off to Japan (Report) 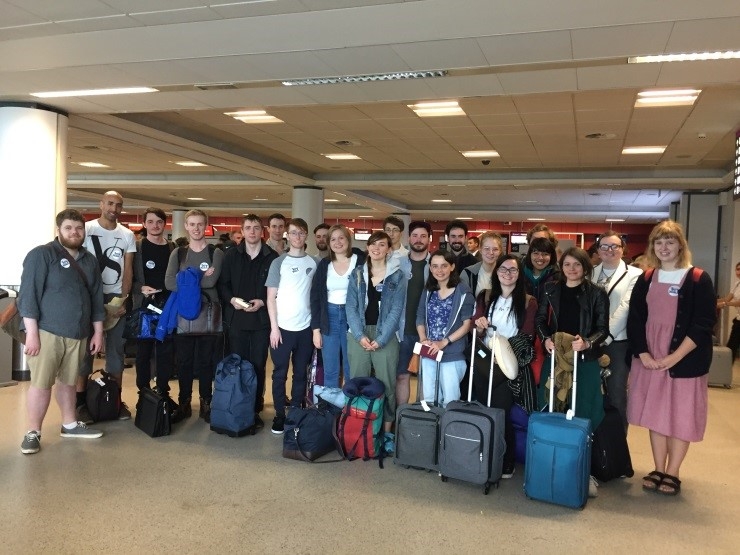 The time has come to send off this year’s new JETs. On July 21st a farewell party was held at the Consul General’s residence for the JETs before they headed off to Japan. The JETs received warm messages of support from Consul General Mr Matsunaga, as well as from a Scottish government representative, Edinburgh City Council’s education department and the Japan Society of Scotland. They were also able to hear about the experiences of the JET alumni, and received plenty of advice that made them look forward to living in Japan even more.
On July 29th, all 22 of the new JETs departed from Edinburgh airport. We look forward to hearing about their activities in Japan.

The JET programme: A programme launched in 1987 that aims to invite young people from abroad to Japan to participate in foreign language education and international exchange at a local level. JET stands for the Japan Exchange and Teaching Programme.
For more information on the JET Programme: http://jetprogramme.org/en/about-jet/