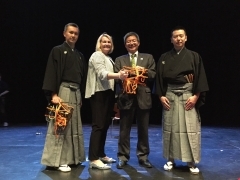 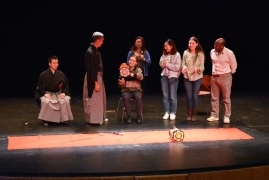 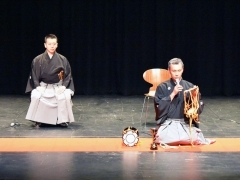 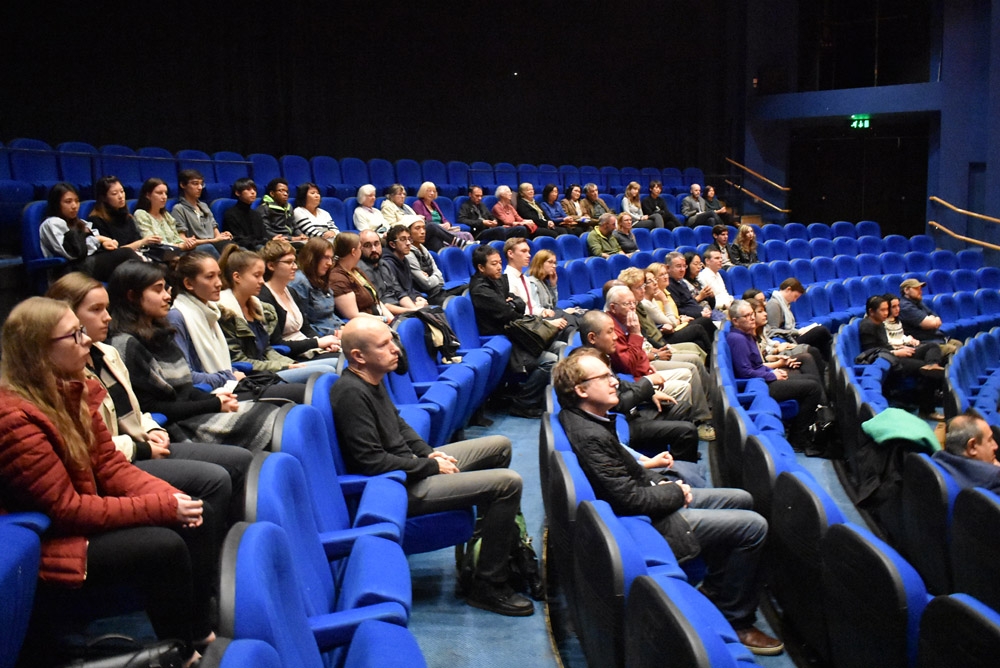 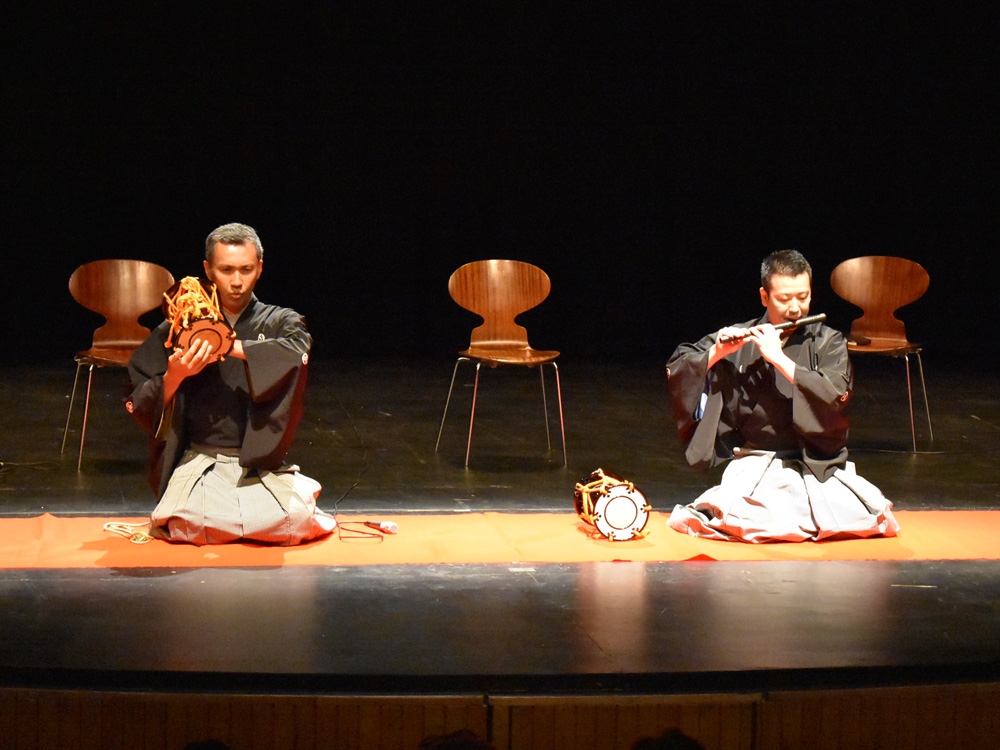 On September 20th,  kabuki theatre musical accompanists Mr Denjiro Tanaka and Mr Denjuro Tanaka gave a performance where they demonstrated the musical instruments they use in kabuki.
Following an opening address by Consul General Matsunaga, Kerry Bryson, the Director for Advancement at Stirling University, talked about the university’s connections with Japan, as well as the Scotland Day to be held in Japan on November 25th and the Japan Week to be held at Stirling University in February next year.
To begin the main performance, Denjiro explained various aspects of the kotsuzumi (small hand drum), and Denjuro introduced the shinobue and nohkan (Japanese bamboo flute and Noh flute). Denjiro and Denjuro demonstrated traditional musical instruments that even Japanese people usually do not have the opportunity to find out about. Several audience members were invited onto the stage to try playing the hand drum, and found it was not easy to produce the same sound as Denjiro.
The pair then performed a piece called “Okina Senzai Sanbasou”.
The performance was followed by an active Q&A session, and the event provided an excellent opportunity to learn about traditional Japanese musical instruments.