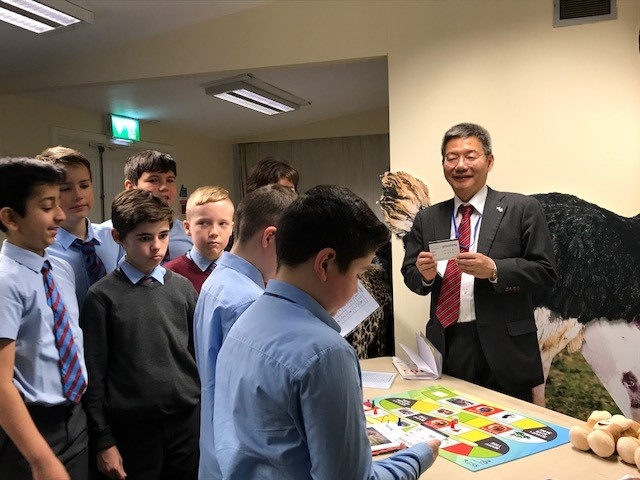 On November 7th (Tuesday) Edinburgh Zoo held a Japan Day, which was attended by Consul General Matsunaga, who greeted the children participating. The event was arranged by the Royal Zoological Society of Scotland with assistance from the University of Edinburgh, the Japan Foundation and the Consulate General of Japan in Edinburgh. The event celebrated the completion of a set of Japanese language educational resources, and 98 pupils from local primary schools took part, guided by their teachers.
Through the Japanese board game sugoroku and picture-matching games, the pupils enjoyed getting an opportunity to come into contact with the Japanese language.