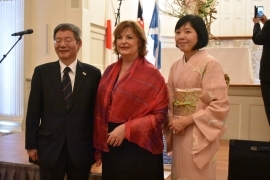 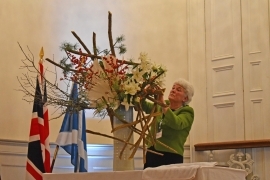 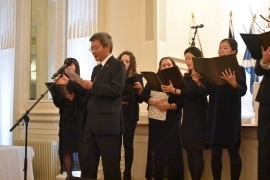 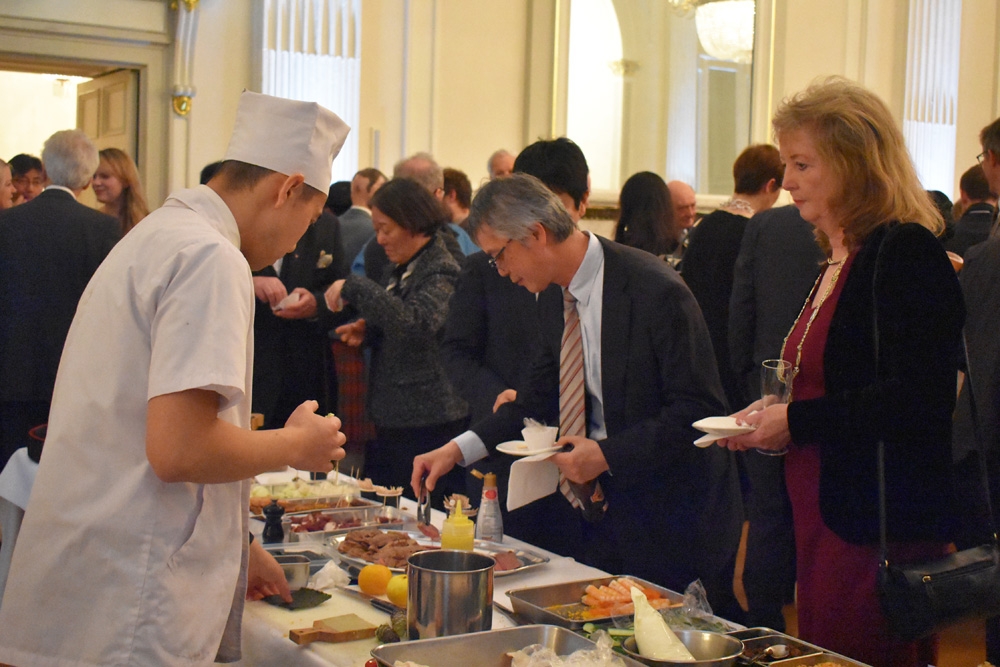 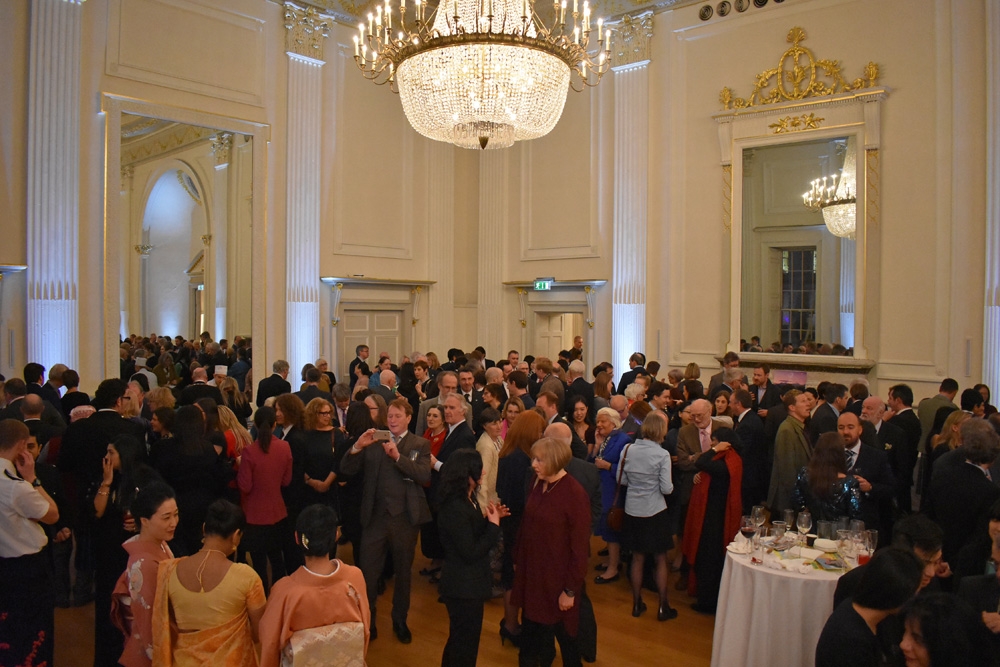 On Wednesday the 6th of December, a reception was held in Edinburgh to celebrate the birthday of His Majesty the Emperor of Japan. Following the Japanese national anthem and an opening address by Consul General Matsunaga, an address was also given by guest speaker Ms Fiona Hyslop MSP, the Cabinet Secretary for Culture, Tourism and External Affairs.
Ikebana (Japanese flower arranging) master Mrs Deborah Hathorn, who was awarded a decoration by the Japanese government this autumn, exhibited three beautiful works and also gave a demonstration. The guests were then treated to the Scottish and Japanese songs "The Skye Boat Song", "Dolly", and "Japanese Birthday Song" sung by the Nightingale Choir, which were forceful and energising. Lastly, Consul General Matsunaga joined them for a warmly applauded rendition of “Ae Fond Kiss”.
The Consul General welcomed over 300 attendees from the fields of politics, economics, academia and the arts, as well as representatives from various countries’ consulates. Japanese food was provided by the Consul General’s chef, and the guests thoroughly enjoyed eating and drinking Japanese sake until the closing time.