Report on the Japan music event held in Orkney 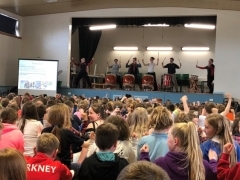 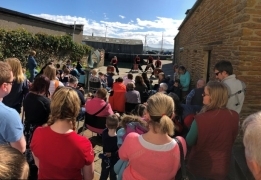 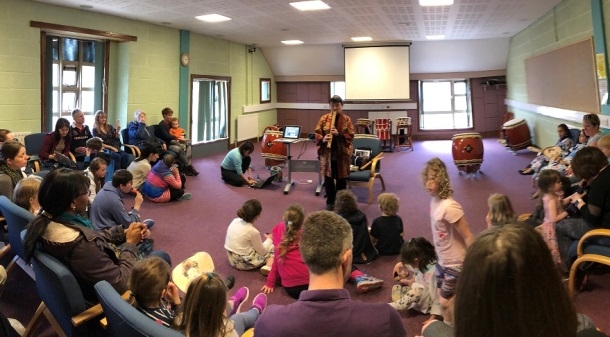 On the 4th and 5th of May, a two-day event was held in Orkney, in the northeast of Scotland, to enjoy Japanese traditional music on Children’s Day.
On the 4th, the taiko group ‘Tsuchigumo-daiko’ performed at four schools in Stromness and Kirkwall, and ran workshops on Japanese Taiko (or drums).
The morning of the 5th was blessed with fine weather and the taiko group performed outside at the Pier Art Centre in Stromness The traditional sound of Japanese Taiko drums reverberated not only at the venue but also out to the sea. In the afternoon, an event celebrating Children’s Day in Japan was held at the Orkney Library in Kirkwall. The event included a shakuhachi (Japanese bamboo flute) performance by a musician living in Orkney, Ms Gemma McGregor, as well as another drum performance by Tsuchigumo-daiko. Over the two days, more than 1,000 people enjoyed dynamic Japanese drumming performances.