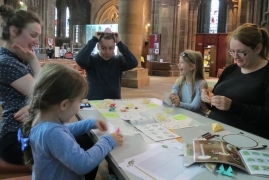 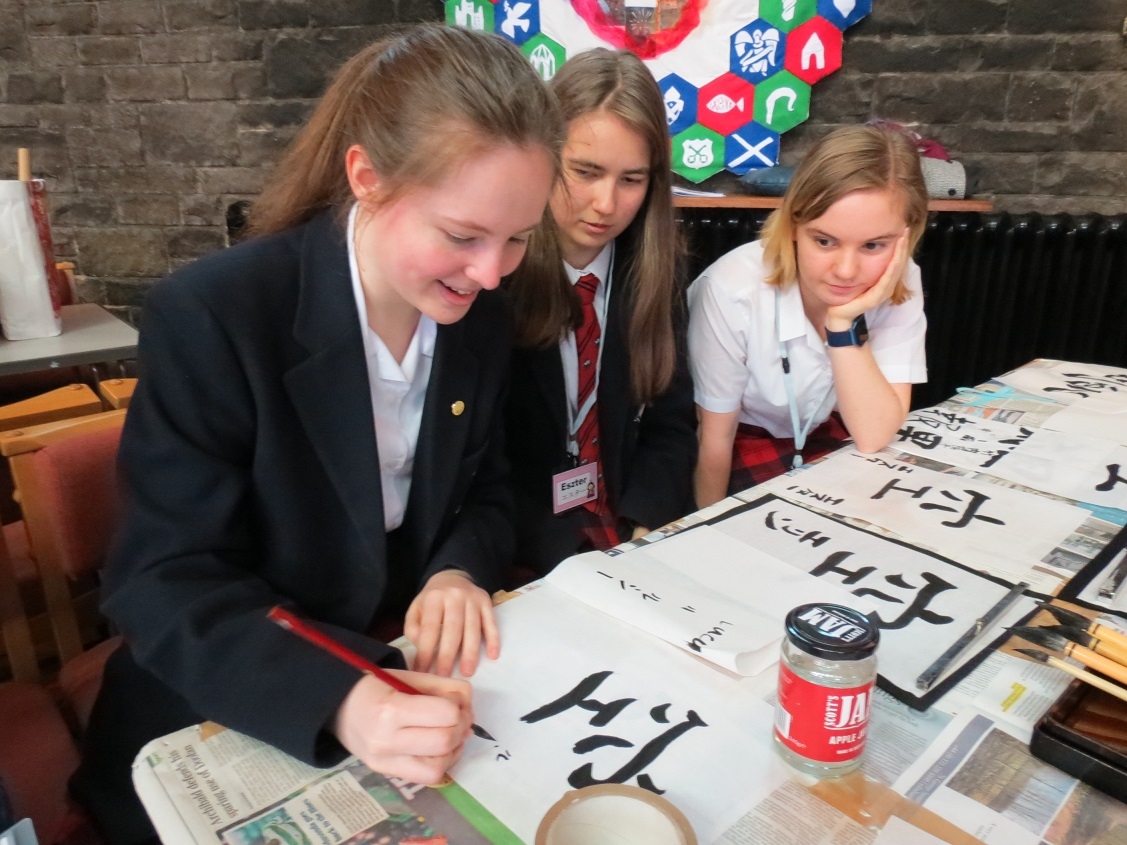 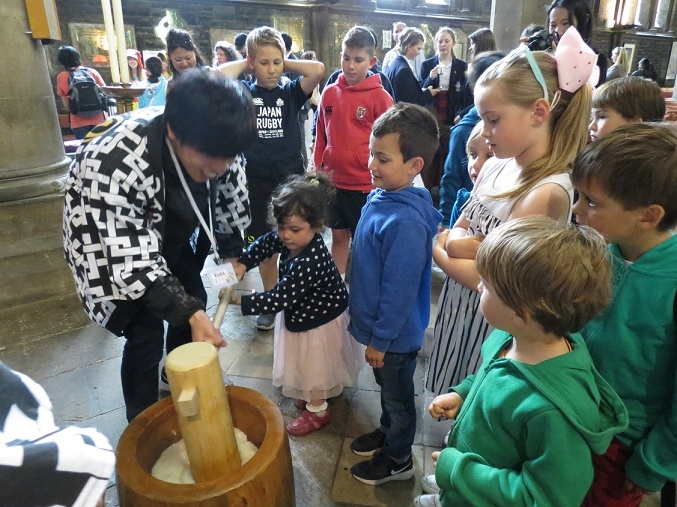 On Saturday the 26th of May, the Consulate General of Japan in Edinburgh held the Children’s Day event, at St Mary’s Cathedral (Episcopal).  The event was associated with the Japanese national holiday (Children’s Day), and many children and their parents enjoyed various activities such as origami, calligraphy, trying on yukata. They also had the opportunity to try pounding, as well as tasting mochi (Japanese rice cakes).
The event featured a number of performances. University of Edinburgh exchange student, Ryotaro Miura, gave a Rakugo (sit-down comedy) performance in English, and the children’s choir from the Scotland Japanese School in Livingston also sang traditional Japanese children’s songs.
This year’s event also featured an exhibition of the winning pictures of our Japan art contest, which received close to 100 entries from school children all over Scotland. Following the award ceremony, we finished the day with the calligraphy volunteers giving a demonstration of the answers to our Japan Quiz that took place throughout the day.
The event was a great success and this was seen in the smiles of the children. Our thanks goes to the generous support from volunteers who made the event a lot of fun. 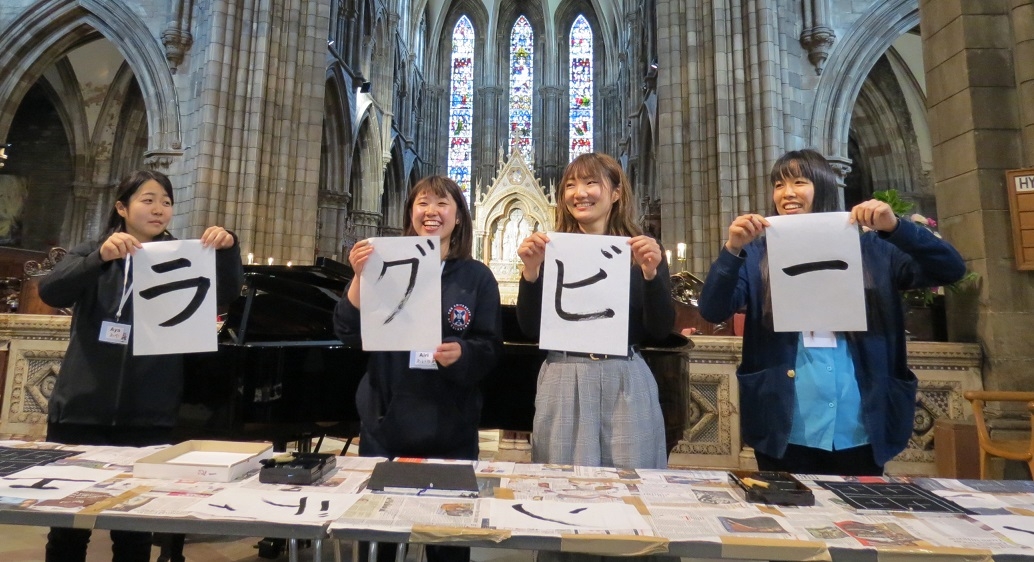