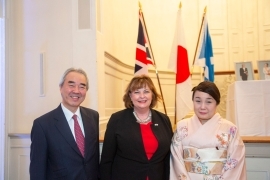 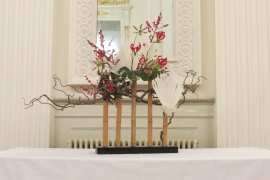 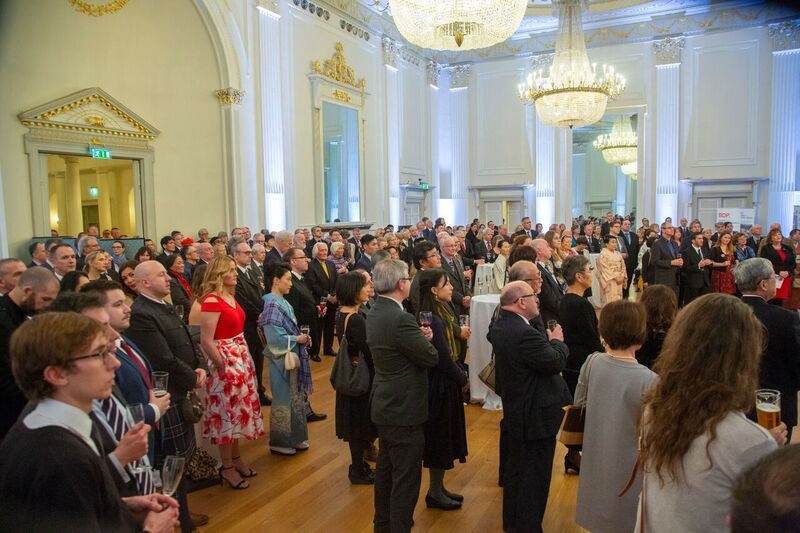 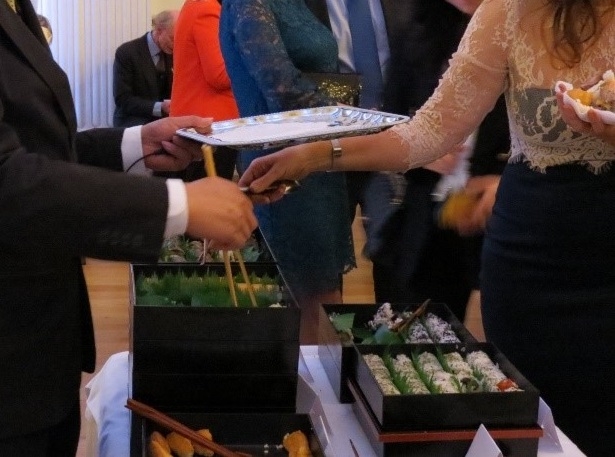 On Wednesday the 5th of December, a reception was held in Edinburgh’s Assembly Rooms to celebrate the birthday of His Majesty the Emperor of Japan. Following an opening address by Consul General Nozomu Takaoka, an address was given by the guest speaker Ms Fiona Hyslop MSP, the Cabinet Secretary for Culture, Tourism and External Affairs.
This year representatives from Japanese companies based in Scotland, Mitsubishi Electric, Shin-Etsu Handotai and Nippon Koei displayed their products, explaining their respective contributions to Scottish economy. There were also opportunities to appreciate Japanese food such as Wagyu beef provided by ZEN-NOH, Japanese beer provided by Asahi, Japanese Sake and other Japanese food provided by the Consul-General’s Chef.
This year was another great success, with the Consul General welcoming over 300 attendees including Mr Dean Lockhart MSP, Convenor of a Cross-party group on Japan, and others from the field of politics, economics, academia, arts, as well as representatives from various countries’ consulates. 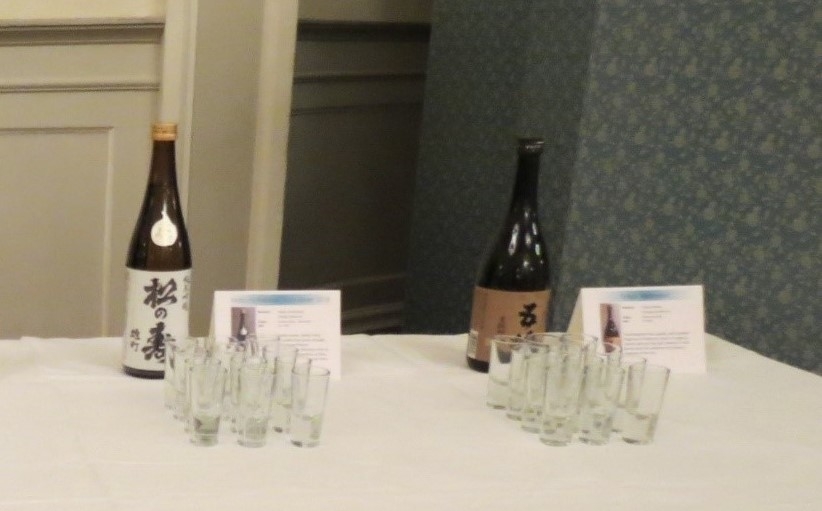