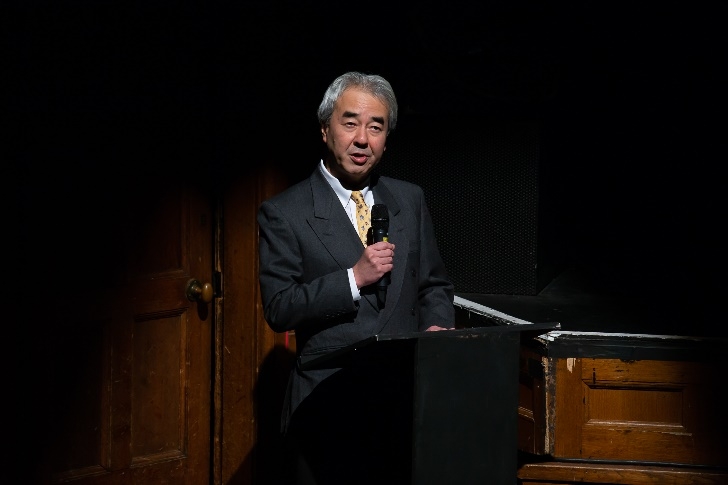 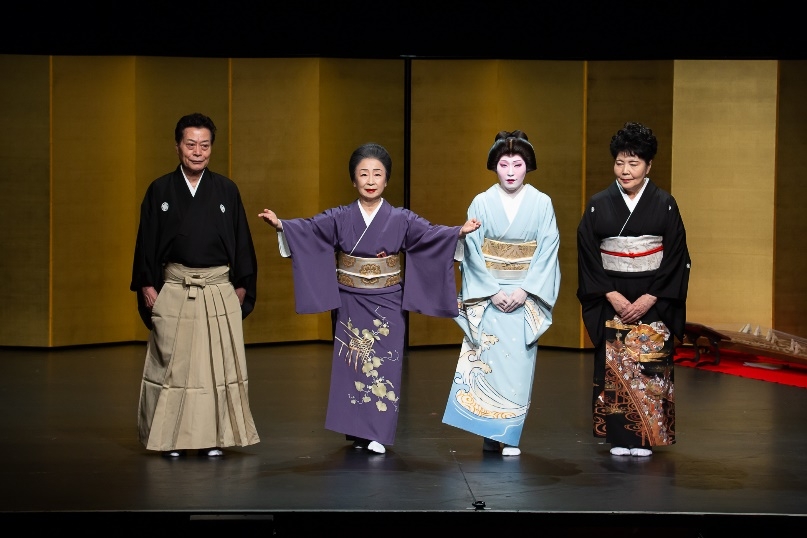 On Monday 3rd December a Kyomai Inoue-ryu event was held at the Pleasance theatre in Edinburgh.

Consul General Takaoka began the event with a small address, thanking the organisers and performing Masters for giving everyone the rare opportunity to enjoy Kyomai outside of Japan. He shared his own personal feelings toward the art form- describing it as both poetic and profoundly moving. Lastly the Consul General expressed his hopes the future cross-cultural events, and encouraged participation in the various events that will take place in upcoming 2019-2020 UK - Japan Season of Culture, the largest being the 2019 Rugby World Cup and the 2020 Olympics and Paralympic games.

The event then proceeded with the screening of a short documentary made by the event organizer Dannie De Fazio. The film traces the history of Inoue-Ryu school of dance, and the significance of the performing art within Kyoto.

Following the documentary, Yasuko Inoue gave an emotional performance of Jiuta Yashima. Adapted from a Noh play, the dance and its musical accompaniment depicts the historic battle between the Genji and Heike clans featured within classic Japanese literature.

Finally, the event ended with a powerful performance from National Living Treasure, Yashiyo Inoue V, of Jiuta Aoi no Ue (Lady Aoi). This time the dance and musical arrangement depicts Lady Rokujo from the Heian era novel The Tale of Genji, as she is consumed by affection and jealousy.

The event was a great opportunity, not only to appreciate the art of Kyomai, but also helped deepen the interest in Japanese performing arts within the UK. 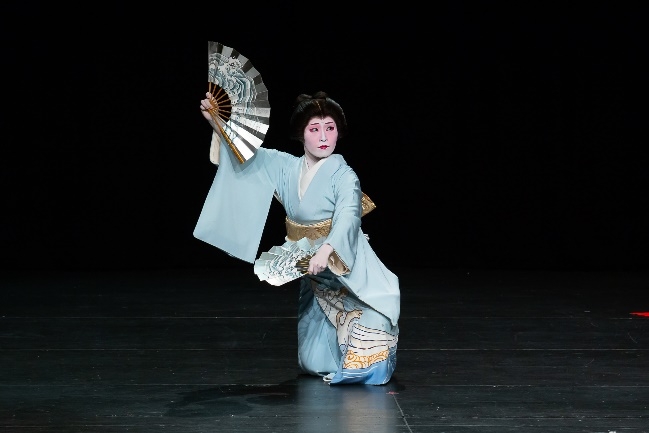