Royal Opening of the V&A Dundee 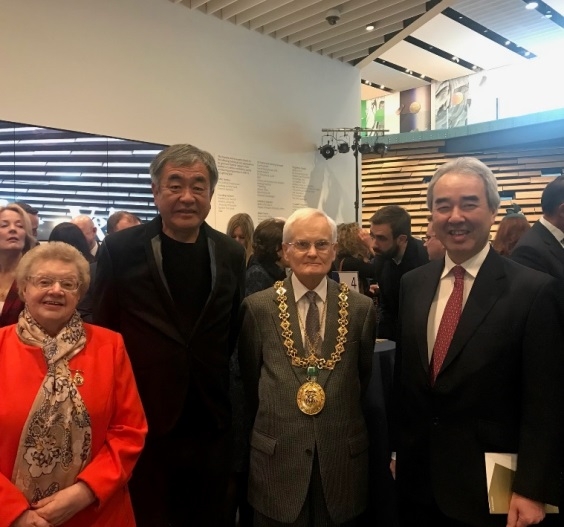 On the 29th January 2019, the V&A Museum in Dundee was officially opened by members of the British Royal family, the Duke and Duchess of Cambridge, known as The Earl and Countess of Strathearn in Scotland.

The Royal Couple were met with a fanfare of crowds outside the museum joining in the celebration. Among the ceremony’s 300 guests, Consul General Nozomu Takakoka also gratefully attended.

The Royal couple were guided into the building by Dundee’s Lord Provost Ian Borthwick, and the V&A’s director, Philip Long. Following this the Duke and Duchess were given a presentation about the building by Kengo Kuma. Following this, there was an unveiling of a commemorative plaque for Scotland’s first design museum.