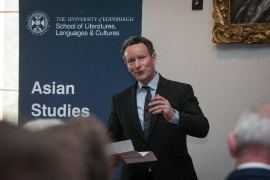 On the 5th of April, as part of the Japan-UK Season of Culture, the Consulate General of Japan and the University of Edinburgh jointly held a seminar to pay respect to the Era of Heisei and celebrate the start of the Era of Reiwa. The lecture was hosted at Broomhall House in Dunfermline, home of Lord Charles Bruce, descendent of the former King of Scotland, Robert the Bruce.

Lord-Lieutenant for Fife, Mr Robert Balfour, the Provost of Fife, Councillor Jim Leisham, and Covener for the Cross-party group on Japan, Dean Lockhart MSP all attended.

The event was opened by Lord Bruce, he talked about Scotland’s links with Japan, particularly through his ancestor the 8th Earl of Elgin, who signed the first treaty between Japan and the UK.

The Consul General gave an address, highlighting the significance of the event and explained the meaning of the new era’s name, Reiwa. He also discussed the cultural and economic links between Scotland and Japan, before toasting to the future.

Then, Professor David Howell, an expert in Japanese History at Harvard University, gave a lecture entitled “Global Pioneers between Britain and Japan”. The lecture ecplored Scotland’s links with Japan via North America, focussing on the life of Otokichi, a Japanese sailor shipwrecked off North America and how his story inspired Scottish-American Ranald MacDonald to visit Japan and become Japan’s first ever English-language teacher.

Guests enjoyed a great performance by the Ayrshire Fiddle Orchestra who are due to tour in Japan this summer, as well as a an exhibition of furnishings commemorating the English-Japanese relations, collected by the Bruce family, who ended the event with a toast to celebrate the naming of the new era. 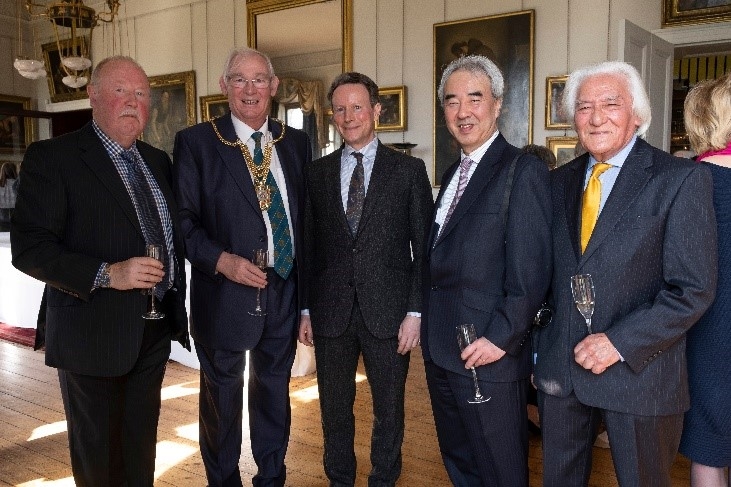 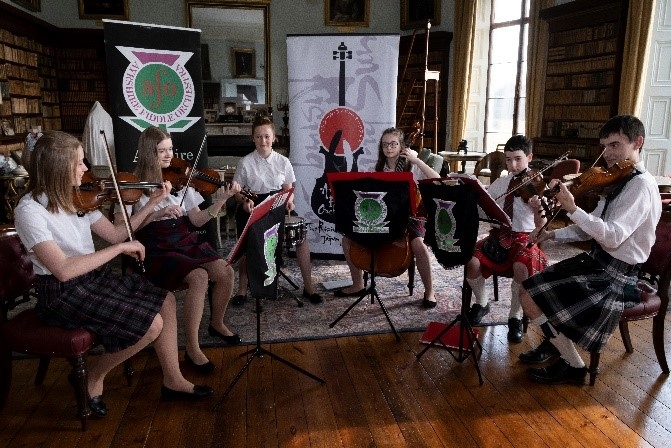