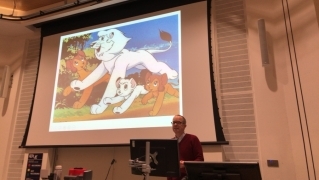 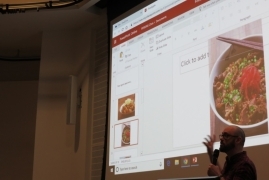 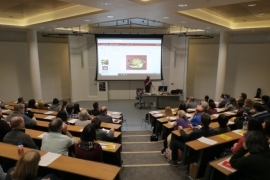 Continuing on from 2018, on 1st and 8th February the Consulate General of Japan in Edinburgh, in collaboration with the Japan Foundation in London, held the 2019 Japanese film festival at the University of Edinburgh. On Friday the 1st, after a presentation on anime films by Dr Robert Maslen of the University of Glasgow, the animated Shoujo-adventure, ‘Pop in Q’ was screened. The following week on Friday 8th, after an introductory talk about the evolution of Japanese food from senior lecturer of Japanese Studies, Dr Chris Perkins, the film “A tale of Samurai Cooking: A true love story” was screened. Once again, thank you to everyone who attended the film festival this year.