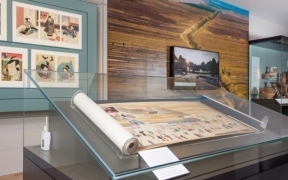 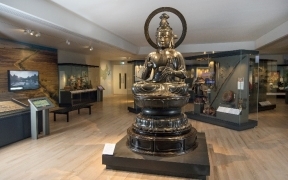 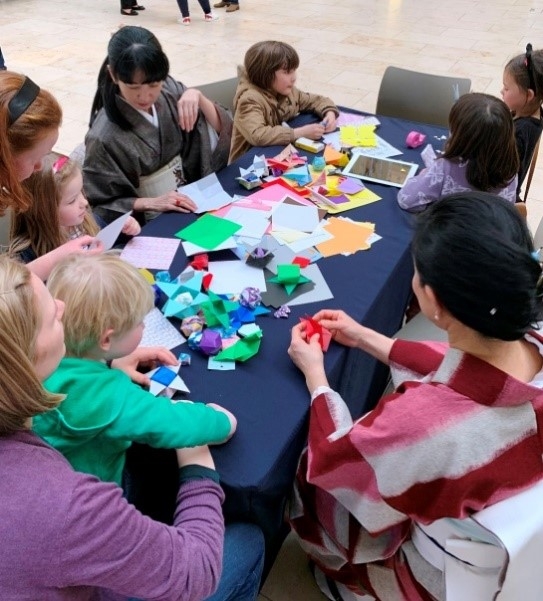 Last February, The National Museum of Scotland opened a permanent exhibition dedicated to East Asia. Here you can enjoy Japan exhibits such as Buddhist sculpture and bronze work, samurai armor and picture scrolls.

The armor pictured of about 200 years ago, but is incredibly well preserved, allowing viewers to see both its strength and artistry. The picture scrolls depicts life in a theatre district of Edo (Present day Tokyo) more than 300 years ago. While a portion of the physical scroll can be seen in the cabinet, thanks to digital archiving the full scroll can be viewed by scrolling and zooming via the dedicated screen. The statue of Buddhist deity, Kannon is also well preserved and exhibited in very good condition. The Lotus pedestal is inscribed with the name of the donor and the temple at the time.In addition to these items the museum features countless other exhibitions that can be enjoyed by children and adults alike.

After its grand opening, on the 9th of February, a weekend of family-friendly events were held promote the newly displayed works from East Asia. At the Japan booth featured performances of: Taiko drums, traditional Bon-Odori dancing, songs from the Japanese School children’s choir and a Kamishiba paper theatre. In addition guests were also able to enjoy origami, Ikebana, trying on yukata, tea-ceremony and calligraphy.

The Scottish National Museum, is the most visited museum in the UK, excluding London,  and welcomes on average 2.7 Million guests a year.
For more on upcoming events in the museum’s East Asia gallery, please see below:
11th May – 31st May from 14:15pm Tour of East Asia Gallery (30 minutes)
7th July- 11:00-16:00pm Tanabata: Japanese Star Festival