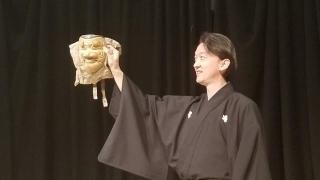 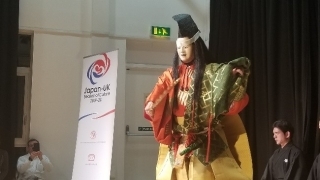 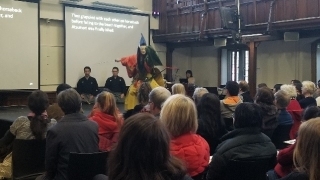 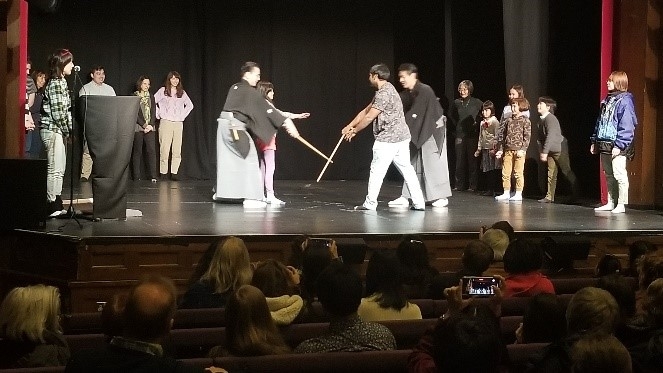 The programmes featured excerpt demonstrations and explanations from plays “Funa-benkei” and “Atsumori”, as well as a presentation on the masks used while performing. As part of the programme, Mr Munenori Takeda gave impromptu performances based on the requests of the audience. Requests often included unconventional scenes in the world of Noh, such as “Rugby match” and “taking a selfie” which made for an exciting performance. Lastly the audience were also given the opportunity, to perform battle scenes as well try on authentic Noh theatre costume.

The audience were not only able to enjoy watching and experiencing performances, but were also able to learn about Noh theatre in an immersive environment. 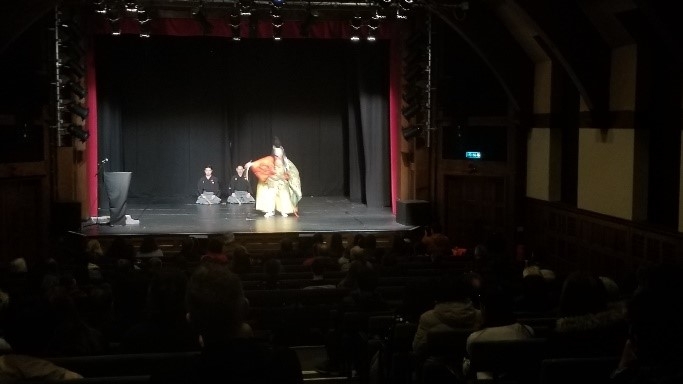