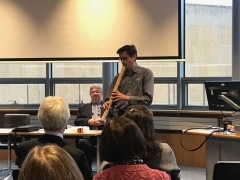 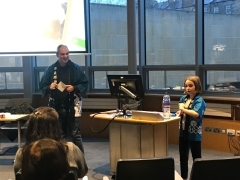 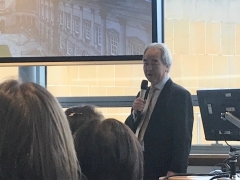 On 1st February, Consul General Nozomu Takaoka participated in the Annual General Meeting of the Japan Society of Scotland and gave a speech. Under the leadership of its Chairman, Prof. Ian Gow, the Society has actively promoted exchange between Scotland and Japan by hosting many events last year. Of course, there are a great variety of further events planned for 2020.

After the meeting, the recipient of the Thomas Blake Glover Scholarship, Mr Daniel Robertson, gave an interesting presentation on his experiences of studying and living in Japan. This was followed by a deeply spiritual Shakuhachi performance by Mr Markus Guhe, who also provided some insight into the factors that drew him to the world of the Shakuhachi.

The attendees were then invited to participate in an interactive origami demonstration, which was led by the daughter of Mr James Gamgee, the JETAA Scotland Chair.