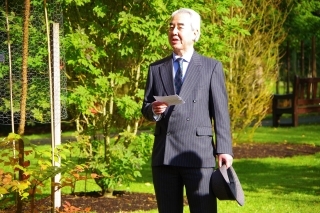 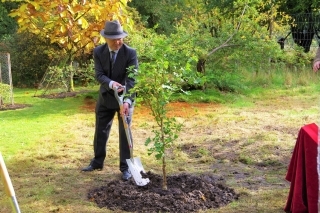 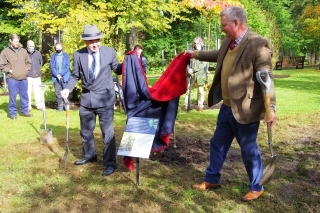 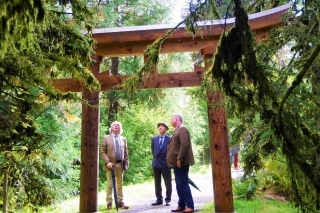 On the 7th August a gingko tree planting ceremony was held at the Benmore Botanic Garden, in the west coast town of Dunoon, one of four sites part of Royal Botanic Garden in Edinburgh family.

Despite the devastation 75 years ago, a ginkgo tree was able to survive the blast, its newly formed buds giving hope to the people of Hiroshima. In 2015 seeds from the very same tree were donated by Hiroshima city to the Royal Botanic Garden to be nurtured until they were able to be planted.

In his opening remarks, Consul General Takaoka shared The Right Honourable Nicola Sturgeon’s recent praise for the programme, which she called "an act of humanity, partnership and diplomacy"; he gave thanks to the teams across RGBE for carefully raising the young tree and selecting its new home; while also shared his hope that the newly planted tree will deepen the roots of friendship between Japan and Scotland.

For the Herald’s coverage of the ceremony, please click the here.