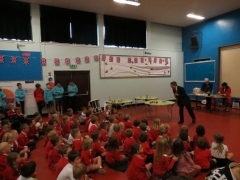 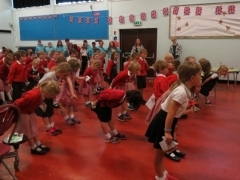 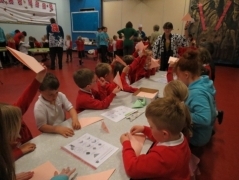 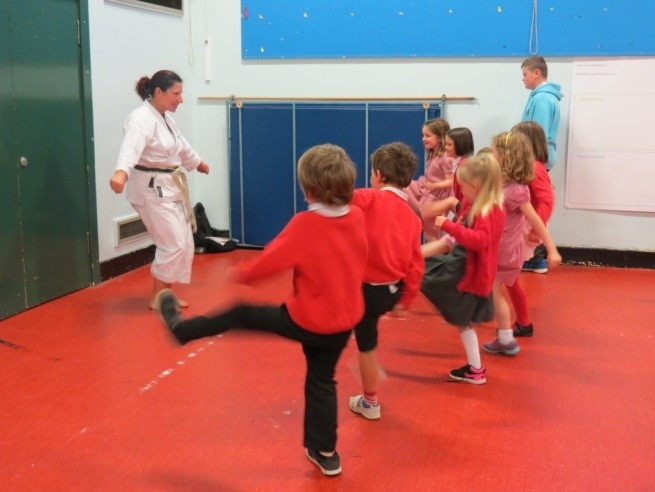 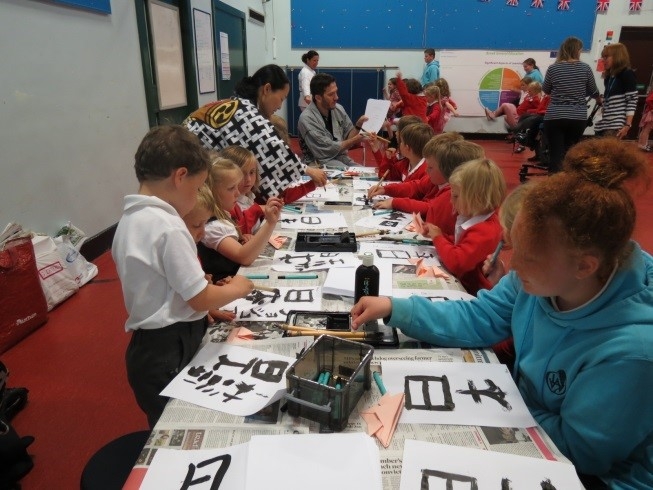 On June 23rd the Fuji Festival was held at Law Primary School in North Berwick, northeast of Edinburgh. The event was named the Fuji Festival after Berwick Law, the hill next to the school which resembles Japan’s Mount Fuji. Lots of primary school pupils learned about Japanese culture as part of their class activities.
The event began with a greeting by Consul General Mr. Matsunaga, who taught everyone how to say “good morning” and “hello” in Japanese and then practiced with them, before showing everyone how to bow correctly.
The pupils tried their hand at calligraphy, origami, karate, playing with Japanese children’s toys, taiko drumming, and making rice balls.
For many of the children who participated this was their first taste of Japanese culture, and everyone managed to shape their rice balls under the instruction of the chef. When class time was over pupils came back in with their parents and enjoyed showing them the rice balls and origami that they had made.