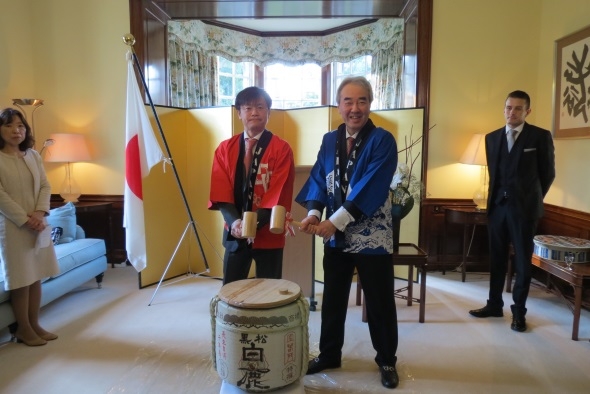 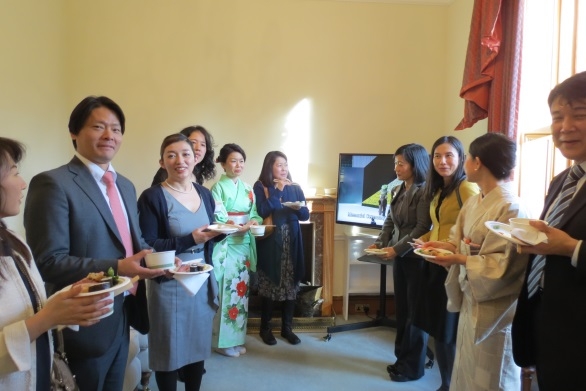 On Thursday 24th January, the Consulate General of Japan in Edinburgh held a New Year reception at the Consul General’s residence, where we welcomed about 80 guests from Scotland and North England.

Consul General Nozomu Takaoka began the event by first discussing the ways Brexit may affect relations between Japan and Scotland and across the UK; before going on to Introduce the Japan – UK Season of Culture.

After opening greetings from the Consul General, Mr Masaru Okubo from the Scotland Japan Chamber of Commerce spoke about the importance of Japanese companies operating within the UK today, together with some jokes playing on the Japanese word for boar, ‘Inoshishi’, or the zodiac  animal for this year.

Following this, Professor Makoto Yamauchi, former dean of Tokyo Union Theological Seminary talked about Professor Kengo Kuma, who designed the V&A Dundee and encouraged all the guests to join him in a toast to good health and prosperity for 2019.

A variety of osechi ryori (traditional Japanese New Year’s dishes) were served and the guests enjoyed socialising in a friendly atmosphere.
We wish you all the best for 2019!